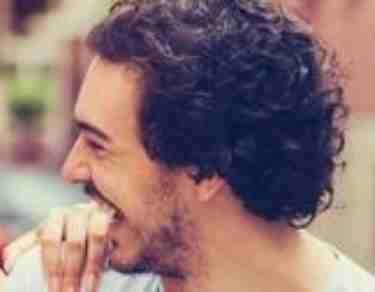 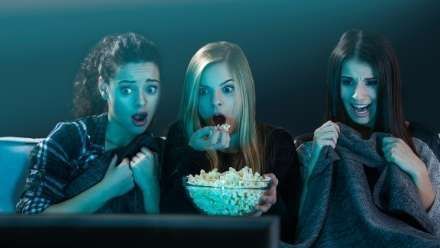 This year has brought on a lot of changes, but just because we can’t have fun outside such as going to the cinema doesn’t mean we can’t have scary fun at all! In fact, I propose that we all make the effort to try to bring the scary fun inside…and to me, that sounds like the perfect opportunity to have a scary movie marathon!

So here are my top must-watch 5 movies:

Ok, so it’s not exactly the scariest film on the list. However, this Halloween classic piles in the fun! For those of you that haven’t seen this 1993 Disney masterpiece, it’s about three sister witches who cast a spell on their magic candle in the hopes that a virgin will light it. If one does, our sister witches be able to come back from the dead for one night only to achieve their goal of eternal youth! Spoiler alert: the candle does indeed get lit. And so, fun ensues. With an eternally catchy musical number in the middle, Hocus Pocus typically makes the top of MANY Halloween marathon lists.

A touch scarier than our first entry, The Blair Witch Project came out in 1999 and revived the found footage genre! If you’re a fan of the Paranormal Activity franchise, you should love this! The movie is about three student filmmakers who’ve gone hiking in Maryland, trying to investigate a local legend known as the Blair Witch. The three students go missing, but their footage is found a year later… And from that footage, the film was made! Definitely a creepy one for any students who like the forest!

If you can’t decide between the two legendary franchises A Nightmare on Elm Street and Friday the 13th, why decide at all? Freddy VS Jason is the 2003 crossover film that horror fans were waiting for! Although it is decidedly not as scary as fans wanted it to be, this clash of the horror titans still has some memorable moments that I personally enjoy. A flaming Jason striding through a cornfield comes to mind!

This 1979 Sci-Fi horror still holds up, but I don’t see a future where the chest bursting Xenomorph ever REALLY gets old! Set in 2122, the film follows the crew of a the Nostromo who respond to a possible distress signal on a distant moon. After landing, the crew investigates the signal which leads to a certain crewmember bringing the eponymous Alien back on board the Nostromo. And a legend was born, in a most unusual and horrible way!

5: This wouldn’t be a Halloween movie list without the namesake film franchise Halloween.

Whether you watch the original 1978 movie (about the night HE comes home) or you watch the newest 2018 instalment (one of many sequels in the Halloween franchise), all you need to know is that you’re in for a good time! Halloween was responsible for kicking off the teen slasher film frenzy, and if you watch any one of the Halloween films, you’ll know why. I personally recommend the original 1978 film, because it really doesn’t get better than Laurie Strode (played by Jaime Lee Curtis) fighting Michael Myers on that fateful 1978 Halloween night for the first time!

So those are my recommendations, but there are plenty of amazing films that didn’t make the list! It, Candy Man, Child’s Play, Dracula, The Conjuring, the list goes on… If you feel like having a scary movie night, sound off on Kinloch’s Facebook page and suggest what film YOU would add to the event list!